Propcheckup home inspectors don’t just inspect apartments or houses but note each issue with actual photos and prepare a well-documented comprehensive home inspection report. After inspecting the over 2,00,00 sq.ft of carpet area of ready to occupy an apartment or house, we collected the enormous quantity of data. To summaries issues in the home inspection report, we analyze the data to find which issues mostly noted by our inspector. For more clarity about average issues in the home inspection report, we categories the issues by Amenities, Impact, Poor materials, and Poor workmanship. Further, we divide Amenities data into Door work, Electrical work, Tiling work, Plumbing and Fixture work, Window work, Painting work, Walls and Ceiling work, Others, etc to provide in-depth details about the inspection report. We have divided issues in high impact and moderate impact to get a better understanding of issues that should be taken care of on an immediate basis in the apartment or house and ask the developer or seller to take immediate action. We have analyzed the data on the issues caused by poor workmanship or faulty or damaged material used. Most of the data analyzed by us are from the top most developer’s projects. After inspecting a variety of projects from luxury apartment to affordable houses, it’s now clear that no apartment or house is in perfect condition to take possession without inspecting from the third party home inspectors.

We have noticed tile work issues top the defect list with 29% contribution to total issues. On further analysis, we have observed 13% issues were critical, followed by 87% moderate impact issues. We have also witnessed 75% of issues were caused by poor workmanship and 25% caused by defective material procurement.

For the safety of our family, our electrical system needs to be 100% defect free to avoid any fire incident in the property. Electrical issues were third in the defect list with 13% contribution to total issues. The most dangerous part of electrical issues category, 34% of issues were critical, required immediate fix.  If any development team looking to avoid this issue, it is important to improve the workmanship as 81% issues were caused by poor workmanship and 19% were caused by defective material.

Improper painting work was another area which was contributing 9% to total issues with only 5% high critical issue and the remaining 95% moderate impact issues. On further analysis, we noticed, majority 97% of issues were caused by poor workmanship.

Improper and damaged windows were contributing 5% to overall issues found during the home inspection. Further, High impact has a significant 29% share in window issues, followed by 71% moderate impact issues.

Plumbing and fitting issues may damage our property and create a serious problem for the property owner. During analysis, we have noticed, Plumbing & Fitting Issues were contributing 5% to overall issues in the house. On further analysis, we observed, 15%  of issues were critical need immediate attention and the remaining 85% issues were moderate.  Additionally, we also observed  84% issues were caused by poor workmanship and 16% was caused by the material defect.

Do You Know? Home Comes with 5 Years Warranty Against Defect/Issues

Amrapali Case: Highlights of the Judgement given by the Supreme Court on 22 July 2019 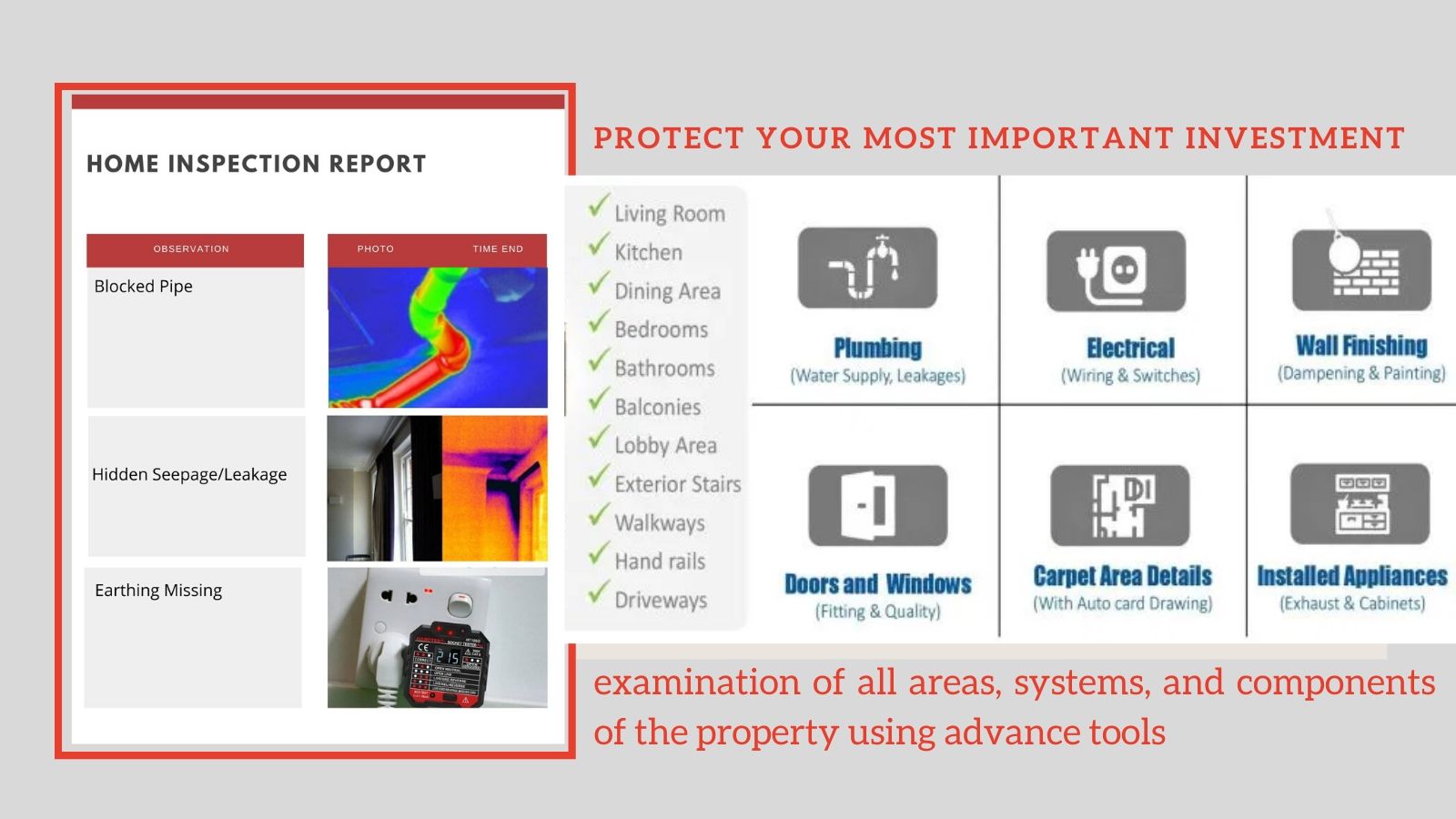